One of the more frequently asked questions I get is around the topic of ejaculation and testosterone is;

That’s a valid question since the internet seems to be loaded on opinions about the topic.

The topic of refraining from ejaculations itself has been talked about for years, and many athletes are known for their habit of abstaining from sex before big events, such as: Mike Tyson, who abstained because he felt like having sex before fights made him a “weaker boxer”. Or another boxing legend – Muhammad Ali – who wouldn’t have sex for 6 weeks before his big fights.

Athletes aren’t the only ones who avoid ejaculations for a “greater cause”. Many highly successful men of the past have also abstained in order to use the sexual energy as a fuel for other things, these guys include Napoleon Bonaparte, Thomas Jefferson, George Washington, Oscar Wilde, William Shakespeare, Abraham Lincoln, and many more. 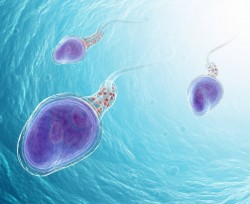 It’s almost like a big taboo to even talk about this very topic, and it’s funny to see how some men get all angry when they don’t like what they see.

So, here’s some of the research:

a) It’s known that short-term abstinence of 3 weeks can slightly increases testosterone levels in healthy human subjects, and one interesting study shows a significant 145% spike in T at the 7th day of abstinence (probably an evolutionary trigger to reproduce). However, long-term abstinence of 3 months has been shown to significantly reduce testosterone levels (note that this is only researched in men with erectile dysfunction, so the low T can be caused by something completely different).

c) Even though ejaculations seemingly have no significant effects on serum testosterone levels, they can (at least according to rodent studies) alter the body’s ability to utilize testosterone. It has been seen that after multiple ejaculations a sharp decline in androgen receptors takes place inside the hypothalamus, and not only that, but a sharp increase in estrogen receptors follows as well. One rodent study also found out that 1 or 2 ejaculations in short span of time increased androgen receptor activity in the body, while 4 or more ejaculations caused a significant drop in the activity of AR, suggesting that ejaculating yourself to “sexual exhaustion” might lower your body’s ability to utilize androgens and even affect some androgen receptor-mediated things like beard growth.

d) While masturbation induced ejaculations don’t seem to have that big of an effect on serum testosterone levels, sex with a real person does. For example: In a study of 44 men visiting a sex club, it was noted that the men who actually had sex in the club with a woman, noted a nice 72% average increase in their testosterone levels, while the men who only watched the act, got a boost of 11%. In another study, it was seen that on couples, testosterone levels increase on the nights that they have sexual intercourse, but not on the nights that they don’t. One study also saw that older men who have more sex, have higher T levels. What causes this if ejaculations don’t? It could be the interpersonal touch, the female pheromones, the feelings of dominance, power, and even success…

Conclusion on Ejaculation and Testosterone