Few years ago I was broke, I fixed cars for a living, I was “normal” – and in general – I pretty much hated my life. The only things I really had going for me, the things that made living worth it, were my girlfriend and a bunch of good friends. The only things that money can’t buy as they say…

…Yet I was depressed, stressed out, I couldn’t sleep, and I had this constant feeling that something was wrong in my life.

This was, even though I had followed the exact path that is constantly preached at homes, schools, and media: Go to school, get a job, get a mortgage, pay your bills…

…which in reality will result in this:

You wake up in the morning to an alarm, feeling tired. You then proceed to go to a 9-5 job that you hate, so that you can pay for the things that you don’t need. After work, you get to enjoy the evening of freedom, and on the very next day, the cycle repeats itself. On the weekends, you can “escape” work life for two days, and you are happy like a kid in a candy store, just to realize how miserable everything is the next Monday, when the grind starts again.

Well, I was in that exact same grind as 99% of the people who read this are, but then one day, I just asked myself: “why?”.

The person responsible for all the problems above, was – obviously – myself.

Fast forward to this day, and I live in a pretty big house at the age of 22 (something I could never ever have afforded at my old job), I’m happy, and I make a good of money doing the thing I love (which is writing about natural hormone optimization and fitness), and I really wouldn’t trade my life for anything. I am my own boss, and I finally have what we’re all chasing in life; FREEDOM. (sorry for the lame bragging, but I had to make a point…)

To put it short, I have completely turned my life around in 2 years or so, and it all started from a simple question, followed by a decision, plan, and a ton of ACTION.

Below are my top 3 tips on how to create a life really worth living (instead of fake happiness):

1. It Really is your Fault, so Take Responsibility 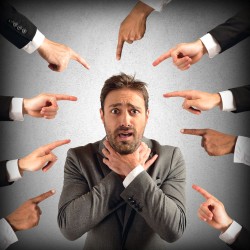 Let’s just assume that you’re working a job you hate, and you live from paycheck to paycheck.

Now, what’s the common response if some asshole from the internet asks you why exactly are you in that situation?

What you never hear, is the truth:

“I got into this situation because I made bad decision, and listened to bullshit advice. I wanted to be normal, and please everyone around me by being a standard person, who does as is expected. And now here I am, not living my life on my own terms.”

This may sound harsh, but in 99% of the time, you’re solely responsible for your own situation. If you can’t accept that, then it’s unlikely that you can ever do anything about it.

2. Stop Caring about What People Think 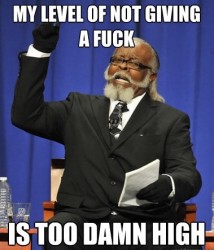 Most of us try to live our lives by pleasing others, never to hurt anyones feelings, and always trying to do things so that others wouldn’t think you’re different, weird, or anything really.

Deep down, we really really want people to like us. And we work hard to please as many people as we can, just to create that illusion of awesomeness.

Because of this, we rarely take risks, and we rarely do anything that is out of the normal, ordinary, it’s kind of like most of us follow this “code of conduct” of normalcy.

I was guilty of this for many many years myself. And the truth is, that the more you care about what people think about you, the less likely you’re going to do what you really want to do.

My current choice of career is a good example of this. Me being a Finnish guy, who suddenly decides to ditch my job as a car mechanic and instead earn a living by blogging about fitness and natural hormone optimization in a foreign language, wasn’t exactly what people were expecting of me. Especially my close relatives.

Because of that, I was constantly ridiculed and downplayed by “other people”.

After some initial struggle, I did make my first 12$ of affiliate income when someone decided to buy an e-book through my site. At that very moment, I knew I could do it again, and again, and again…

…It was also at that very moment, when I realized that I really didn’t need to give a fuck about other people thoughts and opinions regarding my choice of career.

But what if I had reverted back to my old habits of giving too many fucks and pleasing everyone? Well, I would still be fixing some shitty old Honda’s, hating every miserable second of it.

The thing is, that when you start going against the grain, and doing your own thing, people will instantly try to bring you down to their level. You do not have to give a flying fuck about their opinions, honestly, you just do not have to, and you most definitely should not. 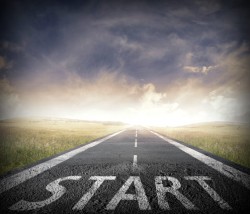 …The hard part is actually grinding out the work to achieve them. Taking the cold hard ACTION towards your goals. It’s easy to see the success, but what is often left untold, is the hard work and dedication that made it all happen.

Yes there will always be obstacles, there will be smaller or larger failures, but so what? You grind through them. If you truly want to do what you like, you’ll respect the hustle, not avoid it or pussy out.

In my opinion (this may not be suitable in all cases) the best way to crush all procrastination, is to force yourself into a situation where you can’t back down. It can be very risky, but often worth it.

Take this excerpt from the 1937 self-help book Think and Grow Rich (affiliate link) as an example:

A long while ago, a great warrior faced a situation which made it necessary for him to make a decision which insured his success on the battlefield. He was about to send his armies against a powerful foe, whose men outnumbered his own. He loaded his soldiers into boats, sailed to the enemy’s country, unloaded soldiers and equipment, then gave the order to burn the ships that had carried them. Addressing his men before the first battle, he said, “You see the boats going up in smoke. That means that we cannot leave these shores alive unless we win! We now have no choice—we win, or we perish! They won.Napoleon Hill

You may have no boats to burn, nor an army, but the above example of burning your ships can still apply to many modern life situations…

…I quit my 9-5 job before I started my own business. This way, I either had to make it or break it. There was no option of going back. I burned my bridges to the repair shop, now I had all the reasons in the world to make this blog not only popular, but also profitable. I did that by writing at least one article per day for the first 6 months.

Obviously no one was there to read anything at first, but when you crank up 1000-word articles that are interesting and backed up with science, The big Google will notice you, and eventually with that people will also start noticing you.

I had all the odds against me for sure. Just look at my writing, even after hundreds of articles, my English is still pretty horrible. I’m not a doctor or anything, yet I’m still writing about the endocrine system. I knew absolutely freaking nothing about building websites or coding when I began (I still kind of suck at it), but still, the crazy grind and obsessive hustling can turn even the worse odds to your favor.

This article may make you angry, it may help you, or it maybe just a fart in the wind for you. That’s fine. If it makes even the life of 1 single people better, then I have accomplished my goal.

There are obviously multiple other factors involved in success, but in my opinion, these three are crucial for aligning your mindset. Take responsibility of your own life -> Stop caring about what other people think -> Determine a goal and take ACTION.

Few resources that helped me during my journey: