DHT is a male hormone, androgen, similarly to testosterone.

They are similar, yet different. Dihydrotestosterone, which is actually made from testosterone via the conversion caused by the enzyme 5-alpha reductase, has 2-3 times higher affinity towards the androgen receptors of the body and is bound for roughly five times longer than testosterone is.

There are not many supplements known to nutraceuticals to improve DHT, but these six have some research behind them:

Sorghum (Sorghum bicolor) is not that popular of a grain.

It’s from Africa, gluten-free, and often times used in gluten-free pastry and beer.

What makes it special is one study, which found that sorghum extract increased the levels of the enzyme 5 alpha-reductase by 54%.

Since 5-a reductase is the very enzyme that converts testosterone into 5-a dihydrotestosterone, using sorghum to promote the enzyme expression should be a viable method to ramp up DHT production.

Butea Superba (Red Kwao Krua) is a herb from Thailand, commonly used as a pro-erection supplement.

Not much conclusive research is available on its erection boosting effects, but few interesting rodent studies have noted androgenic effects related to heightened DHT after feeding the rats with Butea Superba (study, study).

There is also a crazy case study about a Thai-male who reportedly got his DHT levels all the way to 158% above medical reference ranges after supplementing with Butea Superba (he visited the doctor and complained of too high libido), after some examination and questioning, the doctors thought it might be the supplement causing this sudden increase in androgenic hormones and they instructed him to seize the consumption. Within a week his blood serum 5-a DHT had fallen back to normal.

Now do remember that this is only a singular case-study and definitely not conclusive enough to claim that butea would increase DHT. But it just might.

Zinc is one of the 24 essential micronutrients for human survival and it’s also responsible for regulating more than 100 bodily enzymes.

It’s known to be very potent at increasing testosterone levels, especially when its used to correct a zinc deficiency, but when it comes to DHT, the opinions seem to be mixed…

…Some say zinc is a DHT booster, others claim it inhibits DHT.

The confusion is understandable, as one in-vitro study noted that high doses of zinc blocked the enzyme 5-a reductase inside test-tubes. But the studies that don’t see much daylight actually show that oral zinc supplementation on actual living, breathing, humans is able to significantly boost the production of dihydrotestosterone, and it does so even when there’s no deficiency in the mineral.

Why it acts differently on isolated cells than living humans? Likely answer is that the amount used on the cells in in-vitro studies is much higher than what actually gets to the cells when its taken orally as a supplement.

Creatine is the king of bodybuilding supplements. At least after the protein tubs that is.

For years now, many have seen creatine as the sole “scientifically proven” supplement to increase strength output and muscle mass.

Rightfully so, as a mounting pile of studies has proven it to be extremely effective in doing so. 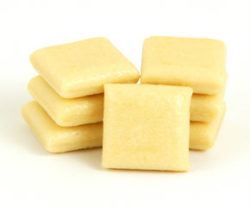 Nicotine is an alkaloid stimulant found in certain plants.

Most notably its known for being one of the ingredients in tobacco.

Although supplemental nicotine can be slightly addicting, it’s not the ingredient responsible for the harmful effects of cigarettes (a thing that many people mistakenly believe).

Nicotine, in fact, can benefit 5-a DHT by inhibiting its breakdown to a weaker metabolite; 3-alpha diol. This may also partly explain why smoking men tend to have higher levels of androgens than non-smoking males.

So do we recommend nicotine? It depends, nicotine can be used as a gum or patch to slightly increase metabolic rate and DHT levels, but we only recommend it to be used sporadically to avoid getting addicted to the stuff. And no, we definitely don’t recommend smoking.

When choosing these gums, try to avoid the stuff that is flavored with peppermint, other types of mints or licorice (they’re antiandrogenic). It may be surprisingly hard but there are at least unflavored or cinnamon options from Nicorette (affiliate link). 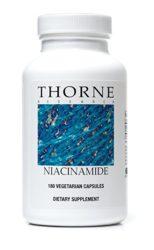 Niacinamide is the amide part of nicotinic acid (vitamin B3, otherwise known as niacin).

Why niacinamide could positively impact 5-a reduced androgens? It’s complex, but simply put, its a crucial part of this compound called NADPH (Nicotinamide adenine dinucleotide phosphate). And NADPH is a co-factor in many anabolic/androgenic reactions of the body, including both testosterone and dihydrotestosterone production (NADPH is needed for the production of 5-ar enzyme).

Given that its necessary for anabolic signaling, it’s not that big of a surprise that multiple studies have found niacinamide to positively impact androgen receptor signaling and DHT.

Niacinamide might be one of the best not so well-known natural DHT supplement, but its use as a 5-a enzyme booster still needs more human research before we can arrive to any solid conclusions. In any case, it’s definitely a promising compound.

It’s much harder to find good studies on supplements that increase DHT.

…Simply because a) not many people know the true powers of the most potent male hormone b) it’s often portrayed as “bad” hormone in media.

After years of reading studies about testosterone optimization, we’ve managed to find many interesting ones about 5-a reduced hormones on the side. These six nutraceuticals were some of those, as are these 20 ways to ramp up natural dihydrotestosterone production too.