Forskolin is a labdane diterpene found in an Indian plant called Coleus Forskohlii. Dozens of studies have proven it to be a potent cAMP activator, while one human study found that forskolin increases testosterone. One study even found that the herb activates androgen receptors.

Forskolin is not that popular of a supplement for sure, and most commonly its used as a fat burner (not that effective IMHO), vasodilator, or to relieve glaucoma symptoms. However, there’s one interesting benefit to Forskolin which everyone else seems to miss.

It has shown some very promising effects on male testosterone levels:

Forskolin as a Testosterone Booster 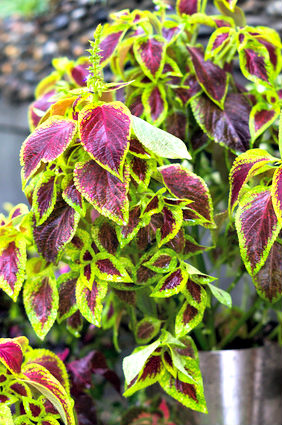 Like I said above, Forskolin as a supplement is not that popular, and its use as a testosterone booster is even less popular.

With that being said, there are still some interesting studies about this fascinating diterpene…

…Firstly, Forskolin is well known to increase the levels of cAMP in cells and tissue (cAMP is a messenger that transports biological signals between cells and hormones). Increased cAMP levels should by all laws of common sense, increase the sensitivity, amount, and activity of hormones all over the body.

…Secondly, in this in vitro study, Forskolin was able to raise testosterone levels by almost 200% in isolated rat Leydig cells. Many scientists use Forskolin as a “positive control” in cell studies because it has positive testosterone stimulating effect on testicular Leydig cells.

…Thirdly, this study led by scientist Michael P. Godard had 30 obese male subjects who were divided into two groups, the Forskolin group, and the placebo group.

The Forskolin group received 250 mg’s of 10% Forskolin extract twice a day for 12 weeks, and the placebo group obviously got a fake pill.

At the end of the 12 week period, the Forskolin group noted a 33% increase in testosterone when compared to placebo.

NOTE: The only downfall with Gerard’s study is the fact that it was funded by the company that manufactures a weight loss supplement called Forslean, which contains forskolin as one of the active ingredients. However the study has since been peer-reviewed by several other researchers and it has been published in countless high-quality medical journals, meaning that the study should be pretty legit after all.

There are some interesting studies suggesting that Forskolin might be a potential testosterone booster, albeit more studies would be needed to validate that claim.

We should also remember that as Forskolin increases cAMP levels in the cells, it might also elevate other hormones, not only testosterone (in theory, you probably shouldn’t use anything that boosts cAMP if you’re battling with high estrogen levels).