Velvet antler is a supplement that’s made by crushing the antler of an animal that has one (usually deer) to a powder form, which is then consumed orally or made into tinctures.

In most cases, it’s crushed deer antler in a bottle with an astonishingly high price tag on the side.

And as it is so damn expensive, you’d also expect it to be really good, right?

Not so Breaking News: Antler Velvet is Useless 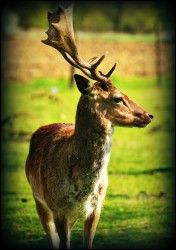 “There are so many growth factors in antler velvet that your HGH levels will skyrocket”.

“Listen, when you take some deer antler, you don’t need no stupid protein anymore”.

Truth to be told, those statements are just a steaming pile of horse shit and antler velvet is just another useless supplement that literally does nothing for you.

I don’t know exactly where the claims originate from, but if we look at the latest research, we can quickly see that the whole supplement is just an utter waste of your time and money.

c) Deer antler does nothing for follicle stimulating hormone (FSH), nor does it either to luteinizing hormone (LH) (study).

e) Deer antler velvet does not increase free testosterone and has no impact on libido (study).

So What is antler velvet good for?

Answer: For nothing. It does nothing in humans. Don’t believe the claims you see around the internet. Deer antler as a supplement is extremely expensive, and it does absolutely nothing for you.

It’s hard to predict where this antler velvet craze started, but I believe that some deer herder decided to milk some money out of the antlers that he had laying around.

Some claim that it works because the antler is filled with growth factors (it grows really fast that’s true), but the number of growth factors in the antler are so miniscule that they have no impact on the human body.

Bottom line: Whatever the claims, antler velvet doesn’t work, nor has it ever worked. Here are some compounds that might work instead.