The old school powerlifters of the now fallen Soviet Union were some bad-ass fellows. You see they had this crazy habit of freezing their balls right before big competitions. They didn’t do it from pure joy however.

Their sole goal was to increase testosterone levels, and I know that it sounds crazy, but it’s not when you understand the fundamentals behind such actions.

There’s a reason why your testicles hang in that pouch. It’s simply because the gonads need to be few degrees colder than rest of the body is for optimal function.

Thus, the theory of freezing the ballsack for increased testosterone production has been hovering around the bodybuilding scene for tens of years now.

Are there any cold shower testosterone benefits? Does it really work? That’s what we’re going to find out: 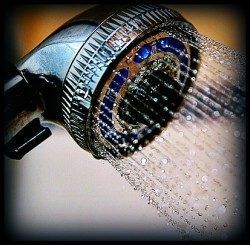 Many guys claim that it’s simply a myth that keeping the gonads cold would improve testosterone production.

But it’s not really a myth (at least completely).

Just think about it for a minute, why exactly are your balls hanging in that special pouch? And more importantly, why do they hang lower when it’s hot, and higher when it’s cold?

The “sack” has formed into the human body through evolution. It’s a mechanism that keeps the gonads a tad bit cooler than rest of the body, simply because that’s the optimal temperature for their function.

When it gets hot, the sack works by lowering itself down so that the balls are more cold, in a way they’re escaping the heat of the body.

When it’s cold, the sack stays in place, or goes higher. Whatever the case might be, your balls won’t hang in cold weather simply because they don’t need to “escape the heat”.

So what’s the optimal temperature then? Are there any cold shower testosterone studies?

a) According to this study from Nakamura et al. Human testis perform at their best when they’re around 31-36 °C (87-96 °F). anything hotter than that will negatively impact DNA synthesis, spermatogenesis, and most likely also testosterone production.

b) This study examined the effects of heat on the testicular weight and testosterone synthesis on rat testicles. They found out that rats who were exposed to 43 °C (109 °F) heat for 15 minutes had significantly lower testosterone levels and a staggering 65,4% reduction in testicular weight when compared to control group. The results should be valid in humans as we share nearly identical testicles with male wistar rats (okay maybe ours are bit bigger).

c) The researchers in this study tested 6,455 semen samples for a period of three years. They found out that sperm quality, volume, and motility was significantly higher in the colder months of the year. The same precursor hormones (LH and FSH) that kickstart spermatogenesis, also start the testosterone synthesis, so a link exists for sure.

According to the research, there is something to say for taking cold showers and testosterone levels increasing. Those crazy Russians were somewhat right when they froze their balls before big lifts.

Heat seems to be a real testosterone killer, one that reduces testicular weight and negatively impacts spermatogenesis.

Few studies have also found out that the effects may not be instant, they can come with a “lag”.

The theory, and the research above explaining the possible benefits of cold showers, are the reasons why I take cold showers daily, I also sleep naked and wear loose boxers, just to keep the balls cool enough to function properly. This has worked well for me. And I would say that switching to looser boxers might be the easiest way to benefit testicular health there is.