D-Aspartic acid – or DAA – which is a non-essential amino acid naturally found in various bodily tissues, hit the bodybuilding World like a storm few years ago.

All it took for the supplement companies to make millions of dollars off of this compound was few clever (sponsored) studies and massive promotional campaigns on the “media sexy” results.

In fact, the studies and the press around them few years ago, likely made DAA the most popular and well-known “T-booster” out there. And many brands who produce those flashy multi-ingredient supplements (which they tend to name after real anabolic steroids) generously started sprinkling DAA in their formulas.

But there’s more to DAA than the first few studies and ad campaigns make it seem. In fact, D-asp is not only ineffective, but possibly harmful for testosterone production according to the latest evidence. 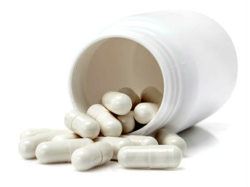 I bought a bottle of DAA powder back in I think 2013-2014 after I saw the first research and the hype surrounding the compound.

After about first three weeks of use I started noticing mild testicular pain, somewhat similar to feelings of blue balls, so I had to discontinue using it.

Originally I thought this was due to directly increased testicular T synthesis and sperm production, as this is what DAA was advertised to do, and I had also seen the research of the compound accumulating in testicular tissue as well.

However, even though I felt the “blue balls effect”, this wasn’t accompanied with any increase in libido or any other marker of testosterone production, which caused me to not use it anymore.

Later I found this to be a wise decisions – as further studies were conducted – showing DAA to be ineffective and to even suppress testosterone production in some trials.

Here’s how the studies (and the subsequent marketing) took place:

D-aspartic acid is also naturally found in the brain and testis, where it serves as a signaling molecule. And in animal studies, it had already been noted that DAA led to increases in testosterone levels3. Now, the next step was to see how well it worked in humans.

First study was a sponsored one from DAA manufacturer (DADAVIT®) and it showed that in humans 3.12 g/day of D-asp supplementation did lead to increased LH and testosterone levels4 (T being 15% higher after 3-days, up to 42% after 12-days, and dropped back to 22% three days after stopping the supplementation). This study was used as a selling point in several ad campaigns which most stated with big numbers that DAA supplementation leads to 142% higher testosterone levels (although the increase was really 42%).

Later on, DADAVIT® sponsored another DAA study, this time on infertile men, showing 30-60% increases in testosterone during 90 days of supplementation5. At this point, D-aspartic acid seemed to be the best thing since sliced bread, with two human studies now proving its efficacy.

However, there was more to come, and this time the studies weren’t sponsored by DADAVIT®. First was research conducted by Willoughby et al6. and it showed that 28-days of DAA supplementation combined with resistance training did not change total or free-testosterone levels. The researchers also saw significant increases in the oxidase enzyme of aspartic acid (DDO), which suggest that the increased D-asp in tissues were quickly degraded and inactivated by the body.

Further research in 2015 by Melville et al. in weight-lifting men, showed that not only did 3-grams of DAA have any influence on T-levels, doubling the dose to 6-grams per day resulted in significantly lower levels of total and free-testosterone7.

Conclusion on DAA and Testosterone

D-aspartic acid had everything going for it, and it looked like a logical T-booster.

And when the two sponsored human studies rolled in, the stuff seemed better than anything else seen so far.

However, as seen by the studies of Willoughby et al. and Melville et al. DAA wasn’t everything it was cracked up to be. Doubling-down on the dose actually brought in significant suppression in free-testosterone.

Why did it reduce testosterone levels?

Hard to say, but since the levels of D-aspartic acid oxidase enzyme (DOO) skyrocketed, it likely caused the supplemental DAA to be rapidly degraded down to inactive metabolites. By some logic this increased DOO could of also have inactivated the naturally occurring D-asp in the body, and thus reduced testosterone below the starting baseline.

Another explanation I’ve seen around is the possibility of DAA to increase estrogen levels due to the substance upregulating aromatase enzyme in the testicles (which has been studied in animals8,9). However, in the above studies there weren’t any significant changes in serum estrogen levels.

Regardless, DAA seems to be an unreliable – possibly harmful – compound that I would not recommend based on the current evidence. Especially considering that there are better substances out there.