…And although we can get plenty from the sun, it’s also wise to eat foods dense in the vitamin, and also supplement with high-quality D3 supplement.

When it comes to testosterone, vitamin D has been found to:

Here are your five foods rich in vitamin D: 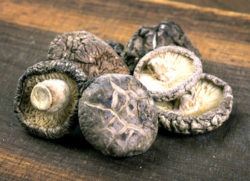 Many types of mushrooms are absolutely loaded with naturally occurring vitamin D.

This vitamin D is in the form of D2 (ergocalciferol), which is significantly less bioavailable for the body than the vitamin D3 found in animal products, but according to research, it can still be used to replenish serum vitamin D levels.

But just how much vitamin D2 do mushrooms have? Here’s a list;

The problem with these reference amounts is that according to the research done by Dr. Michael Holick, vitamin D2 is about 30% as effective as vitamin D3 in replenishing serum vitamin D levels, this would mean that you would need to 3x all the amounts above for real “useful” vitamin D amounts. 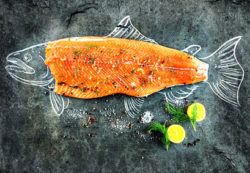 The flesh of oily fishes is known of being one of the richest natural sources of vitamin D3.

What you should make sure though, is that the fish you eat is wild, and not farmed with soy pellets. This ensures that you get mainly omega-3’s from the fatty part of the fish, instead of the inflammatory omega-6 fatty acids that build up in factory farmed fish due to their feed. Another reason to choose wild over farmed is the ridiculously high amount of toxic heavy metals and pesticides found in farmed fish and fish oils.

As you can see, cod liver oil is loaded with naturally occurring vitamin D3, which makes it a really good food/supplement for replenishing serum vitamin D levels. 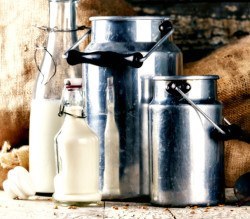 Milk is naturally rich in calcium, as well as good source of high-quality casein protein, and saturated fat (if you buy whole milk).

Naturally, milk only contains trace amounts of vitamin D, but ever since it became apparent in 1933 that there’s wide-spread deficiency in vitamin D levels, many countries began adding vitamin D3 to foods…

…One of the first ones to be fortified was milk, and ever since then, nearly all brands of milk have contained varying amounts of added vitamin D. 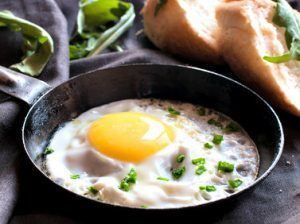 One of the best sources of naturally occurring micronutrients (vitamins and minerals) is the yolk of an egg.

It holds nearly all of the essential vitamins and minerals needed for life, as well as cholesterol and fatty-acids to enhance their absorption.

As we’ve said many times in this website, only a fool would throw away the yolk!

100 grams of egg yolks contains 225 IU’s of vitamin D, which accounts for 37% of the RDA. So eggs solely aren’t the best source of vitamin D, but one should still get a chunk of their daily D3 from egg yolks. 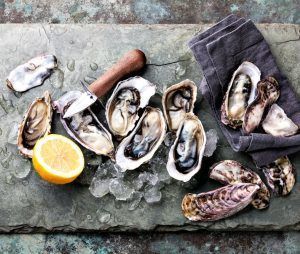 Many mollusks are filled with vitamin D, but easily the best one for testosterone optimization is the oyster.

The legend says that Casanova ate 50 oysters every morning to maintain his libido, and some recent evidence suggests that he might of have been onto something.

When it comes to vitamin D content, oysters rank in relatively high.

Although certain foods are high in vitamin D, we still recommend extra supplementation in the form of liquid vitamin D3 drops (affiliate link) to make sure that you get sufficient amounts of this crucial micronutrient.

Although the RDA is set to 600 IU for now, some researchers believe that the daily requirements for vitamin D have been grossly underestimated, and the real number could be up to 10x higher than the RDA originally calculated many years ago.

Also the importance of sunlight vitamin D synthesis doesn’t get the press it deserves, as less than 30 minutes of sun exposure during the summer months is enough to get your daily dose of vitamin D.