BPA and Testosterone: 5 Sources of Harmful Bisphenol A

Bisphenol A (BPA) is a man-made chemical that was first synthesized back in 1891. It’s heavily used in the manufacturing processes of polycarbonate plastics and epoxy resins and it’s often hailed as one of the most conventional chemicals.

Bisphenol A is also the most tested chemical in the world, and through that testing, some rather alarming evidence has been found. The thing that we’re interested in here, is BPA’s effects on the endocrine system, and mainly how it affects male testosterone levels, estrogen levels, and sexual function. It’s after all, considered an antiandrogenic substance.

b) This study found out that phthalates and BPA from plastics caused delayed puberty, lower free and total testosterone, increased serum estrogen, and increased SHBG count, in boys between the ages of 8-14.

d) This study found out that BPA causes sexual dysfunction in human males.

What’s even more troubling is the fact that in all of the studies I’ve seen, 95-99% of the test subjects had detectable levels of BPA in their system. So BPA affects nearly everyone.

That’s why I created you this list of 5 hidden sources of BPA so that you can avoid the things that are slowly crushing the life out of your testicles.

1. All Kinds of Receipts 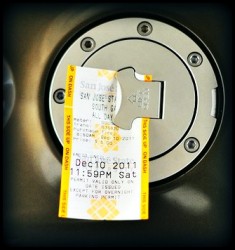 This is because the thermal paper on which the receipt is printed on contains alarmingly high levels of BPA as seen in this study.

When you handle those receipts or even worse, store them in your wallet, you’re constantly exposed to BPA. This study actually found out that you can experience a five-fold increase in your BPA levels, few hours after fiddling around with thermal paper.

You can avoid this by not taking the receipts that you don’t actually need, or if you do, don’t fiddle around with them and wash your hands as soon as you can.

Another important thing to note, is that hand sanitizer speeds up the absorption of BPA through the skin. This study found that people who handled receipts with “sanitized hands” had significantly higher serum bioactive BPA in their urine. 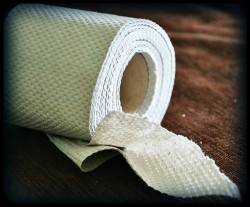 This is a relatively new and weird thing I found.

The fact that toilet papers usually contain alarmingly high levels of BPA was first seen in this study.

This is probably one of those things that we have to just live with, because as far as I know there’s no BPA-free toilet paper around, mainly because people don’t know that we wipe our asses with the estrogen mimic daily. 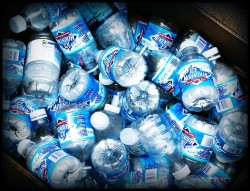 Plastics are probably one of the biggest reasons behind the fact that our global average on male testosterone levels is so rapidly decreasing.

They’ve just filled with estrogen mimics and testosterone lowering chemicals, such as the notorious phthalates and Bisphenol A.

And yes there’s a lot of BPA-free labeled plastics out there. However this excellent report found out that nearly all of them still contain a chemical called Bisphenol S (BPS) which is basically the same thing but with a different name, and if they don’t, then they’re laden with other estrogen mimics.

Every type of plastic commonly used in food packaging tested positive in some cases, which suggested there was no surefire way to avoid exposure to estrogen mimics.

Obviously, no one can fully avoid plastics, as they’re literally everywhere, but this doesn’t mean that we have to expose ourselves to all of them constantly.

There’s a lot of easy switches that can be made to reduce our exposure to BPA and phthalates, you just have to start making them. 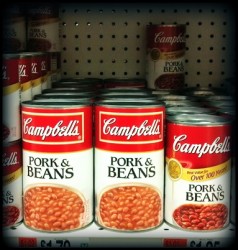 The epoxy lining in nearly all aluminum cans is made with BPA.

And if the content of the can is something acidic, like tomatoes or soda for example, then you can be sure that the foods are also laden with the chemical.

Stainless steel cans, however, are much safer alternatives. In general, there’s no BPA used in the linings, as there’s an aluminum alternatives.

Few companies have also switched to BPA-free aluminum cans, such as Trader Joe’s, Eden Foods, and Muir Glen. Campbell’s has also said that they will switch to BPA free cans but they haven’t said when. In other words, they probably won’t.

Obviously, your best bet is to make your own foods instead of eating canned goods and processed junk. 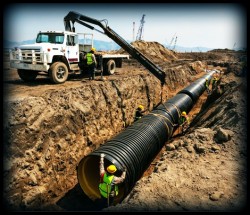 Some old water pipes were also coated with BPA in order to extend their life.

And it’s not a big co-incidence that traces of BPA, phthalates, and all kinds of endocrine disruptors have been found in the U.S tap water in numerous studies.

Although I live in Finland, and here’s one of the cleanest tap waters in the world. It’s still contaminated with a wide variety of estrogen mimics.

That’s why I’ve been using a tap filter for a long time now.

If you’re from U.S (where the water supply is in much worse condition), I would highly recommend you to get a filter of some kind.

Bisphenol A is nothing to take lightly, as studies show that pretty much all of us are constantly exposed to high levels of this testosterone lowering man-made chemical.

However, we don’t have to be.

There’s a lot of things that can be done to avoid this nasty estrogen mimic, and the 5 in this article should help you a whole lot.