Pheromones are chemicals similar to hormones that humans, insects, and plants release in the air in response to various triggers. When a member of the same species smells a scent of the pheromone their neurocircuits, inflammatory system, immune system, endocrine system and behaviour can be significantly altered.

Pheromones were largely unknown outside the scientific world ever since their discovery, up until the pick-up artist (PUA) community made their use among men popular some years ago, by claiming that certain pheromones could be used to attract women.

And if you search any information about pheromones through Google, it’s almost certain that you’ll end up at some e-store which sells these so called “love potions”.

The Most Common Pheromones:

How do pheromones affect the body then? Well, there’s plenty studies that have looked at this already: 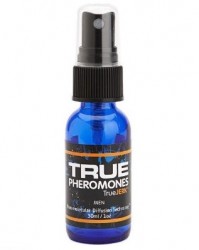 When I first heard about pheromones and that they’re sold as attractants, I quickly decided that those claims had to be some major league bullshit…

…And for one, what kind of a man (or a woman) needs – or lacks the dignity – to use pheromones to attract the opposite sex.

So, because of their ridiculousness, I never really cared about pheromones and their uses. They belonged to the “snake oil” category in my opinion.

That was, until two days ago, when I received an email from a reader, about certain pheromones and their effects on testosterone levels…

…Which eventually got me into looking for the actual evidence behind them. And what I found was very, very, very surprising. According to the scientific evidence, certain pheromones can significantly impact testosterone production, and the claim of them attracting the opposite sex might actually be true.

The Science Behind Pheromones:
a) In this study, when a group of people were told to wear surgical masks treated with the female pheromone, androstenol, they quickly started showing more signs of empathy, warmness, and friendliness. Research also shows that when women are together in a same “group” their menstrual cycles will start to align in synergy with each other, this is speculated to be caused by the pheromones (study, study).

b) In this study, 38 male participants used androstenone (the male pheromone) for two weeks. When compared to the control group, the pheromone group experienced significantly more “sexual behavior”. Another study found out that ovulating women find the smell of a T-shirt scented with high amounts of androstenone significantly more “sexually pleasant” in comparision to a T-shirt with less of the “male pheromone” in it.

c) In this 2002 study, a group of women, who used androstenol (the female pheromone), noted significantly higher amounts of sexual intercourse and other markers of sexual behavior than the control group (which used no pheromone scent).

d) In this study, women were told to watch a sad scene from a movie, when they cried, their tears were collected and placed into a piece of cotton which was then inserted to the upper lips of several male volunteers (don’t ask me why they did this). Surprisingly, after smelling the tears for a while, the subject males noted significant reductions in their salivary testosterone levels, while their self-rated sexual arousal dropped too. The scientists theorized that the effects had to be due to an unknown pheromone in the tears.

e) In this study, 50 men were exposed to copulins (pheromones that women release in high amounts during ovulation) and 50 served as control. Surprisingly, just a whiff from copulins was able to increase testostosterone levels by up to 150% in just few minutes. Several other studies have shown that copulins affect the male endocrine system (study, study, study). I’d guess that this is probably an evolutionary cue for the male to have sex when the women is more likely to get pregnant.

Bottom line: As much as I hate to admit it, pheromones can actually work, they can increase attraction in both sexes, and they can impact testosterone levels, negatively and positively.

The PUA creeps seem to be right when they claim that pheromones can be used as attractants, but that doesn’t change the fact that it’s still incredibly ridiculous to lather yourself with exogenous androstenone in hopes of getting laid.

The most interesting fact however, is that copulins can actually increase testosterone levels by up to 150% almost instantly. And someone has literally gone ahead and started selling those copulins (affiliate link).

I truly hope they’re at least synthetically made.