In our daily lives, we’re constantly in contact with testosterone lowering substances, without knowing it ourselves.

Luckily science has helped us to find some of these things and by actively avoiding them, you can make a big difference in your hormone levels.

Here’s 8 of the big time testosterone killers that you probably weren’t aware of. 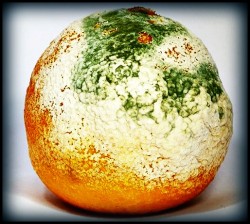 You’ve probably heard about the testosterone lowering xenoestrogens found in various cosmetics and plastics before, but unfortunately, those are not the only environmental estrogens that you can be in contact with.

Myco-estrogens are equally as bad, if not worse.

Myco-estrogens are estrogens produced by certain fungi and mold. The most common being zearalenone which can be found in maize, barley, oats, wheat, rice, and sorghum (yes, I do recommend sorghum as it increases DHT levels, just make sure there’s no mold in it).

Then there’s also fusarium, which is actually mass produced by Marlow Foods, Ltd to be sold as a product called Quorn, a meat substitute for vegetarians. It’s a myco-estrogen, but also sold to vegans as meat substitute (the people who often already have lowered testosterone).

Myco-estrogens are structurally similar to estrogen and they excert similar testosterone lowering and feminizing effects inside the body. 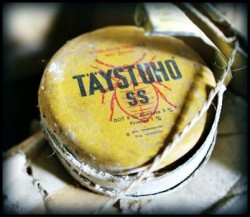 If you’re living in a hot place filled with mosquitoes, you could be lowering your testosterone levels everytime you apply that bug spray or use those fumigants.

Many of the older repellents were actually banned because of the fact that they were strong antiandrogens when in contact with human body, directly blocking the conversion from cholesterol into testosterone.

So you’d think that the new “safer” brands of bug sprays and fumigants would be testosterone-friendly then?

Newer bug sprays and fumigants mostly use a chemical called chlorpyrifos, which breaks into TCPY inside the body. The bad news are that TCPY significantly lowers circulating testosterone levels in healthy adult men. 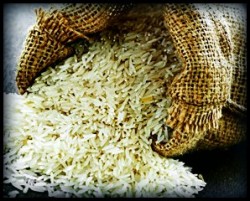 I’ve seen many lists around the internet about increasing testosterone levels, and quite many of them cite brown whole rice as a beneficial carbohydrate source.

Rice bran won’t directly lower your testosterone levels, and it’s not estrogenic, but the researchers in this study found out that it is an extremely potent 5-a reductase enzyme blocker. Meaning that it blocks the conversion from testosterone into dihydrotestosterone (DHT).

Brown rice (bran extract) was actually more effective at blocking DHT than most drugs for such purposes on the market are.

DHT beign the king of androgens, and having roughly 10 times the potency of testosterone, is one of the reasons why high testosterone levels are so beneficial for men, as your body naturally converts some of that testosterone to DHT.

Blocking this conversion by eating whole rice, you’d also block testosterone from exerting its full effects in the body.

So while white rice (being branless) is likely not bad for testosterone, the brown “whole” rice that people identify as “healthier” alternative, might actually be bad for androgens. 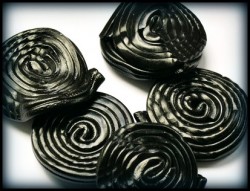 Licorice root is often touted as a health food and it’s commonly processed into various candies.

Back in 2011, the researchers in this in-vitro study found out that a compound in licorice called glycyrrhizic acid, blocked 17β-hydroxysteroid dehydrogenase in rat leydig cells, this led to significant decreases in testosterone concentrations.

Obviously an in-vitro study on rat gonads isn’t enough to prove that similar effects would take place in humans, so the study was somewhat replicated in humans…

…So one year later this human study was published, where seven healthy and normal men were given 7 grams of commercial licorice tablets daily containing 0,5 grams of glycyrrhizic acid.

The results were as follows: 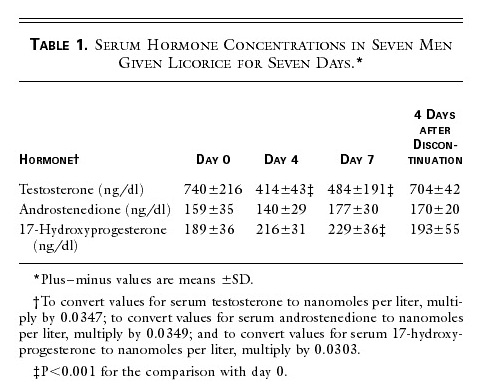 As you can see, testosterone levels were nearly sliced in half, only by eating 7 grams of commercial licorice pills. Luckily the levels returned close to normal in 4 days after the subjects stopped the consumption of licorice. 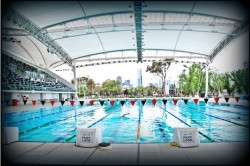 Chlorine is a toxic halogen, one that drives away iodine from the human cells...

…Now iodine is also a halogen, but it’s a beneficial one. It’s essential for human survival and can be found in every cell of your body.

Be in contact with too many iodine displacing halogens (fluoride, chlorine, bromine) and you’re going to end up iodine depleted and that’s a sure fire way to end up with lowered testosterone levels.

For a long time the above was only a theory, but then I found out a study that somewhat backs it up.

It was done by Nickmilder et al. back in 2011 and it involved 361 male adolescents.

The subjects were divided into groups based on how often they visited chlorinated swimming pools, then their hormone levels were checked and few variables such as BMI and diseases were adjusted.

The results showed that the more the kids had visited chlorinated pools, the lower their serum testosterone levels were:

The scientists concluded that the scrotal skin is thin enough for chlorine to pass into the testicular leydig cells, which then leads to lowered testosterone production.

To avoid this, swim in the real oceans and lakes, and supplement with iodine (affiliate link) to get it back in your cells. 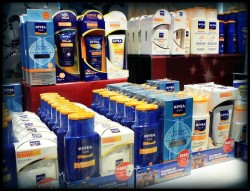 Sunscreens and all sorts of UV lipbalms etc. are filled with chemicals that act as reproductive system toxins.

Firstly, they’re filled with xeno-estrogens such as BPA and phthlates, both destructive for your male hormones (study, study, study).

Secondly, they tend to contain this chemical called oxybenzone, which is pretty good at lowering testosterone.

If you’re so scared of the sun that you can’t go out without a thick layer of sunscreen, then at least buy the “baby” versions (affiliate link), they’re much more safer as there’s obviously far less chemicals used in them to “protect the children”. 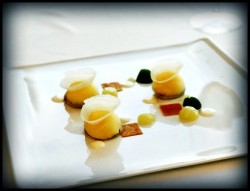 Being on a calorie deficit is mandatory if you want to lose weight, but it’s not an easy thing to handle for your body, at least if you’re doing it for prolonged periods of time.

The reason is simple. When your body doesn’t get the energy it needs, it starts slowing and shutting down certain functions that are unnecessary for survival…

…And one of the first things that’ll take the hit is the reproductive system, and along with that, testosterone production.

NOTE: This doesn’t mean that you shouldn’t be on a caloric deficit if you’re a fat-ass. High fat percentage is even worse than calorie restriction is. So get down to your desired weight and then stay there.

So there you go, 7 testosterone killers to avoid.

And remember, even if it seems like a miniscule thing, something like swapping your brown rice to potatoes, it’ll make a big difference in the long run.