Vitamin A, unlike the name indicates, is not a single compound. Instead its a blanket term for a group of active unsaturated molecules including retinal, retinol, and retinoic acids, along with multiple provitamin A carotenoids such as: α-carotene, β-carotene, lutein, and lycopene, which the human body can convert into active Vitamin A.

The recommended daily intake for vitamin A for a normal sized male is about 900-3000 μg/day of retinal, retinol, or retinoic acid, or about 12-24 times that of carotenoids since they have a significantly lower bio-availability in the human body and are also poorer sources of the active vitamin.

Vitamin A is also noted as one of the “24 essential vitamins & minerals for human survival”, and this is definitely for a good reason…

…Because without adequate amounts of vitamin A, you would slowly go blind, your immune system wouldn’t function normally, not to mention that you would also become infertile, and your body would have a really hard time absorbing dietary fat (which in turn would cause colossal damage all-around the body).

Anyhow, here’s what vitamin A does to testosterone levels:

Vitamin A and Testosterone Production 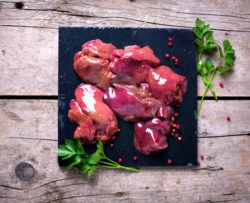 There’s not much research behind vitamin A’s effect on male testosterone levels, but a handful of studies has shown some positive associations between the vitamin and androgen production.

Vitamin A is found inside the testicular Sertoli cells in retinal form and when needed it can be converted to a more biologically active form; retinoic acid. It’s also seen in rodent studies that if there’s no active vitamin A present inside the testicles, testosterone levels drop rapidly and estrogen levels inside the testes shoot up.

If you’re deficient in vitamin A, your body cannot properly utilize dietary fat for its many processes. As a good intake of the right fats is one of the utmost important building blocks of testosterone, vitamin A deficiency will more than likely impact T production in a negative manner.

Also, your body uses a compound called transferrin to transport cholesterol molecules into the testicular Leydig cells in order to convert them into testosterone. Without vitamin A, the body can’t synthesize transferrin, and the transportation of the principal testosterone precursor gets impaired.

a) There’s a lot of evidence suggesting that vitamin A is an essential part of male reproduction since the synthesis of sperm cannot fully occur without retinoic acid (study, study, study).

b) In a human study consisting of 155 twin males, vitamin A was found to have a significant positive correlation with testosterone production.

c) In this animal study (which had guinea pigs as subjects), vitamin A deficiency significantly lowered testosterone production.

d) In this human study, 102 young boys with delayed puberty and short stature were divided into 4 groups: the first one was a control group, the second group was given synthetic testosterone, third got vitamin A and iron supplements, and the fourth group got a combination of TRT, vitamin A, and iron. As you can imagine the control group didn’t gain any significant height or begin puberty at an accelerated rate. However, both the vitamin A group and testosterone-treated group noted similar improvements in height growth, puberty rate, and testicular volume (yes, that’s right. Vitamin A + iron was as effective as hormone replacement therapy in jump-starting puberty).

e) In this rodent study, it was noted that the testicular system of rats contains several receptor sites for vitamin A and that it can be stored in testicular Sertoli cells. What’s more interesting is that when the rodents diets were cut off from all vitamin A, testosterone production rapidly decreased (up to the point of where sexual organs literally atrophied), and estrogen exposure inside the testes rose rapidly (as humans share nearly identical testicular systems with Wistar rats, this becomes very interesting).

There’s definitely some evidence that being deficient in vitamin A is not a good thing for your testosterone production or testicular health. And it’s more than likely that men with low vitamin A levels can see significant improvements in their testosterone levels after supplementing with vitamin A or consuming a lot of it in their diets.

However, there’s no evidence to support the claim that superloading with vitamin A, or even supplementing with it in the presence of already optimal intake would increase testosterone levels..

It’s likely that the same thing happens with vitamin A, as does with vitamin D, where dose-dependent increases in testosterone are seen up until the point where optimal levels of the vitamin in blood are achieved and the rising testosterone stops going higher after that.

“What is the best form to supplement with?”
Answer: The provitamin A carotenoids are the most common form since they’re the easiest ones to extract and/or synthesize in a lab. However they’re not as bioavailable as the active forms, and your body has to convert them to actual vitamin A. On a bright side, you can’t really overdose on carotenoids since the body converts only what it needs. The active forms, however, accumulate in the body since they’re fat-soluble and basically “ready-to-use”. But, the body can use and absorb them much better than carotenoids. Just don’t start super loading with them.


What has always worked for me was, eating plenty of liver, some grass-fed butter, and occasionally taking liquid vitamin A (affiliate link) both topically and orally.

Five Foods High in Vitamin A to Support Androgen Production

By far the best source of the most bioavailable vitamin A in retinoid form can be most easily attained by eating animal liver.

Not only is it rich in vitamin A, but it’s also a nutritional powerhouse containing copper, zinc, potassium, vitamins D, E, B, and C…

Here are the amounts of vitamin A in 100 grams of the following types of the liver;

Don’t like the taste of liver? Try duck liver paste on top of a bread (tastes much better than most other types of liver foods), or consider supplementing with the desiccated liver. Either way, if you’re not including liver in your life, you’re missing out big time. 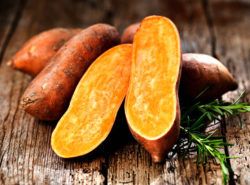 Sweet potatoes are among the best carbohydrate sources for someone looking to optimize their testosterone levels.

So sweet potatoes are not only testosterone friendly, but also a viable source of vitamin A in the carotenoid form. 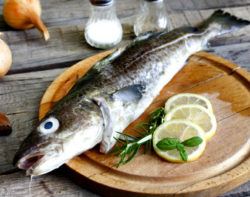 Cod liver oil is often used as a supplement, but really, it’s food.

It’s simply the oil extracted from the liver of the fresh-water cod. And as to be expected, it’s ridiculously high in fat-soluble vitamins A, E, and D.

…Obviously nobody eats 100 grams of the stuff. Still, only a tablespoon of cod liver oil is enough to cover the daily need for vitamin A, as it has 340 μg’s (136% RDA) of the micronutrient.

NOTE: Never buy cheap fish oil or cod liver oil in capsules, it’s in many cases rancid and oxidized and can have very high levels of mercury. 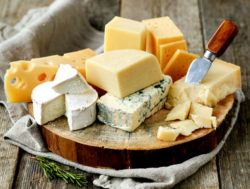 Cheese is a source of high-quality casein protein, as well as testosterone boosting saturated fat.

It also has a good amount of fat-soluble vitamins, including vitamin A in its retinoid form.

So nothing close to liver, but its still good to include some cheddar and blue cheese in your diet for the sake of promoting testosterone production and getting in some much needed micronutrients.

Butter is one of the preferred fat sources on a testosterone optimized diet.

It simply has the right type of fatty acids, with plenty of great micronutrients to fuel the endocrine system.

Obviously, 100 grams of butter is a lot and we’re not recommending an intake so high, but including plenty of butter as your main fat source is still a good idea if one aims to increase natural testosterone production. You’ll get some much-needed vitamin A on the side.

Vitamin A has an essential role in testosterone production, and deficiency in the vitamin will most definitely hammer your testosterone levels.

However, deficiency in vitamin A is not that common, unless you live in a developing country or if you’re eating a low-fat diet (the body has a hard time absorbing vitamin A when there’s no fat with it).

Anyhow, if you want to make sure that you get enough vitamin A, the simplest way would be to just to eat more liver, if you hate the taste, buy some high-quality vitamin A liquid (see link above or products below).