Money and Testosterone: Monetary Success for a T Boost?

This is a sensitive subject. Many men are simply afraid of money. Many men hate money because they think it’s “evil”. A lot of guys are also angry at people who make plenty of money, as they think that everyone who’s rich just got “lucky”, and probably doesn’t deserve it any way.

I understand that very well.

I’ve been extremely poor and without a job, then I earned an average wage in a shitty job that I hated, after that I went to the military which meant that I was going to be poor as shit for a while, and then I became an entrepreneur and now I make a lot of money and I’m also in 100% control of everything.

The point however, is that whether you love or hate money, making more of it is still an effective way to increase natural T production. 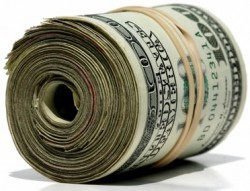 How could money increase testosterone production?

Well, you don’t have to be a rocket scientist to understand the effect.

This is pretty much common sense, but still, there are even studies to prove the point:

b) When you earn some honest cash, you get a feeling of success and achievement. It has been proven many times in science that feelings of winning, achievement, and success stimulate testosterone production, and dopamine production.

c) Making a lot of money increases your social status. No matter what you’re told. And once your status is high, your testosterone will go up too. Scientists actually call this “The Biosocial Model of Status”, and in multiple animal studies, it has been proven that the pack leader (the one with the highest status), always has the highest testosterone levels of the pack. It’s even proven that if the pack leader is replaced with an Average Joe monkey, the average Joe monkeys testosterone shoots through the roof, while his cortisol plummets, simply because his brain chemistry and hormones “adjust” accordingly to the new social status (study, study).

d) Stress is a real testosterone killer. Mainly because the principal stress hormone; cortisol, comes with a testosterone suppressing effect. The number #1 stress cause in many man’s life, is money. Making more, or being “financially free”, alleviates this stress, reduces cortisol, and therefore increases testosterone.

But do you really even need science to understand this? Hell no. Being rich, or even “financially free”, means (in most cases) that you really are free. And freedom is what makes everyone happy.

Money is not evil. Money is freedom. You can either accept the fact, or cry about it, but it doesn’t change the outcome.

The reason why I wrote this post is not to brag about money or anything like that. I wrote it because little over a year ago, I was broke as fuck, and I really wanted to get “rich” or at least “financially free”. Back then, I would of have needed to read a post like this, just to get a kick in the ass that would nudge me into the right direction…

…If there are guys in similar situation, here’s where you want to start from:

1. Read these two books: Think and Grow Rich by Napoleon Hill (affiliate link), and Millionaire Fastlane by MJ DeMarco (affiliate link). Neither one of these will tell you any stupid bullshit secrets that you hear about in midnight TV, instead they will explain you why some people are millionaires, and why others aren’t. They’ll help you to break free from the “poor” mindset. I don’t know how to explain this, but just read the damn books and thank me later.

2. Instead of listening to advice from people who are not rich, listen to people who actually are millionaires. Preferably the kind that started from nothing.

That’s it, thank you for reading, and have a great day.