Cortisol is the principal stress hormone of the human body, and it gets a lot of attention in the fitness world.

That’s because it’s a catabolic (breaking) hormone, one that induces muscle breakdown and visceral fat gain, slows down the immune system, and lowers testosterone levels in the process.

Cortisol and testosterone are somewhat opposite sides of the coin… Cortisol is almost like an “enemy” when you’re interested in keeping your testosterone levels high.

Hence, why everyone’s telling you to reduce cortisol levels and keep them as low as possible. A statement which is partly true, but we also have to remember that cortisol is not completely useless.

It’s also the hormone that wakes you up in the morning, it’s deeply involved in the muscle glycocen storage/release process, and without cortisol, humans would still be crawling instead of walking.

So a certain baseline is needed for some of the most basic functions of the human body, and in that manner, cortisol is not that bad, and your body is pretty good at protecting itself from the negative effects when the levels stay within a reasonable range.

The problems start when your cortisol levels are elevated for prolonged periods of time, a situation not that uncommon for a modern male who eats processed junk, is deficient in multiple nutrients, and suffers from chronic stress.

In other words, I believe that most of the men on this very planet have got too much cortisol circulating in their bloodstreams…

…And those are not good news for your testosterone molecules:

According to a few studies conducted by an endocronologist Matthew Hardy, our testicles produce this enzyme called 11ßHSD-1, which protects testosterone from the destructive effects of cortisol…

…However, when cortisol is too high, there simply isn’t enough of the enzyme 11ßHSD-1 to counteract the stress hormone, and as a result a lion’s share of your freshly produced testosterone molecules will be destroyed before they even leave the sack. Not only that, but testosterone and cortisol are both made from pregnenolone (which the body synthesizes from cholesterol), when cortisol is elevated, it basically “robs” the raw building material of T into making a stress hormone, rather than male sex hormone.

Hence why I have made you this list of 8 ways on how to lower cortisol levels naturally: 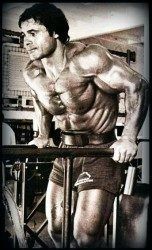 Working out is a great way to stay healthy and it’s also an excellent way to increase your body’s natural production of testosterone and growth hormone.

…Secondly, even though strength training is linked to increased testosterone production, too much of the good stuff will backfire, as overtraining skyrockets cortisol, plummets testosterone, and makes it damn hard to build any noticeable amounts of muscle or strength (study, study, study).

Thirdly, if you’re under a lot of stress then working out a the gym is probably not that good of an idea, at least if you take a look at this study which found out that already elevated stress induced cortisol skyrockets if you hit the gym.

Bottom line: If your goal is to maximize testosterone and reduce cortisol levels, then do intense and relatively short strength training sessions 2-4 times a week. For cardio, consider doing sprints and quick bouts of high interval intensity training over endurance training. If you’re under chronic stress, just walk. (check out the TestShock Program for a more detailed approach). 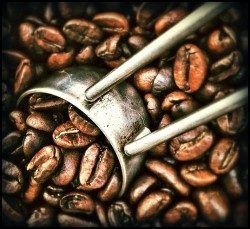 The researchers in this study found out that 800 mg’s of pre-workout caffeine was enough to increase cortisol by up to 44%.

Bottom line: Caffeine is OK, especially when taken pre-workout, that is if you already have balanced cortisol levels, but if you suffer from high cortisol and/or chronic stress, I wouldn’t recommend high doses of caffeine at all.

3. Laugh a lot and Live Longer with Lower Cortisol 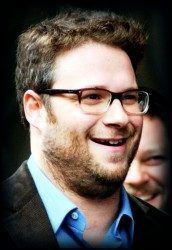 This old study from 1989 provided us with some very interesting information about laughter.

The researchers in the Loma Linda University School of Medicine found out that when healthy human males watched a 60 minute humor-video, they were able to decrease cortisol levels significantly when compared to a control group that didn’t watch anything.

Good news for the comedy lovers.

Cortisol wasn’t the only hormone to fluctuate, as growth hormone levels also increased during “mirthful laughter”, but returned back to baseline when the subjects stopped laughing. 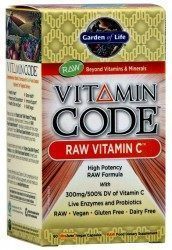 is probably the best and most cost-effective supplement that you can take to balance high cortisol levels naturally.

The researchers in this study, found out that when vitamin C is administered before a stressful situation (in this study it was public speaking) it blunts the stress induced rise in cortisol.

Vitamin C is safe to “megadose”. I frequently take this pure bulk ascorbic acid powder (affiliate link) in small doses throughout the day. 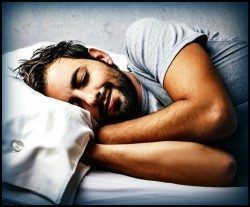 Learning how to lower cortisol can be as simple as sleeping more. Sleep is a great way to reduce stress.

Sleeping more is not only good if you want to decrease cortisol and stress, as it’s also one of the best ways to increase your natural testosterone production…

You can also double your testosterone levels by sleeping more (seriously).

(rose root, arctic root) is a herb that cultivates in the harsh and cold conditions of Siberia and Northern Asia.

…And it does seem to have some extraordinary adaptogenic benefits in terms of stress reduction.

I take a dropper of this rhodiola rosea tincture (affiliate link) once in a while, upping the dosage when I overtrain or can’t sleep enough. 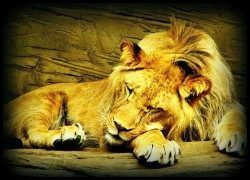 Quite possibly the best way to reduce cortisol levels naturally is by relaxation.

And once the feelings of stress start to decrease, cortisol does the same.

For example, this study found out that meditation significantly lowers cortisol levels…

…And this one saw that relaxation exercises can nearly halve cortisol.

So take some time out of your busy schedule and just relax a bit. Free, effective, and easy. 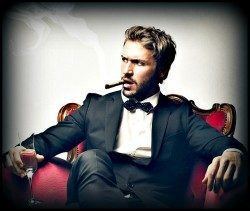 What if I told you that in just as little as 2 minutes, you could increase your free testosterone levels by 20%, while lowering your circulating cortisol by -25% by just changing up your posture.

Well you can. And that’s a scientifically proven fact.

This Harvard study led by Cuddy et al. found out that if you switch from low-power (arms crossed, hunched, closed up, nervous etc.) body language, into a high-power (opened up, tall, relaxed, confident etc.) body language, your hormones will act accordingly to your new posture.

Simply put, 2 minutes spent in a “masculine posture” increased their subjects testosterone levels by 20% while decreasing cortisol by -25%.

Here’s the study in more detail, and here’s a video where Amy Cuddy, the lead researchers of the study, explains a bit about body language:

Conclusion on How to Lower Cortisol

There you go, 8 scientifically proven ways to lower cortisol levels naturally and keep cortisol from getting too high.

Also check out these 9 foods that lower cortisol.