What are Varicoceles: Definitive Guide on Causes, Fixes, & Symptoms

There's a little known condition that affects at least 1 in every 5 men during their lifetime.

This condition is not only painful in many cases, but can also go completely undetected if it's not severe.

Since the condition only occurs in men and is known for reducing testosterone levels, sperm production, and sperm quality, you may already guess that it has something to do with the testicular area.

And you are absolutely correct.

What Exactly is a Varicocele 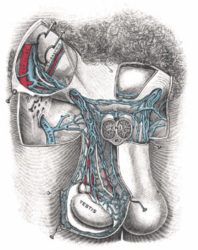 Varicocele is a medical term for blocked or partially blocked pampiniform venous plexus (network of multiple small veins within the spermatic cord that drains blood from the testicles).

When one or multiple of these small veins get blocked fully or partially (as a result of plaque, damage, or poor vascular valve function), it results in pooling of blood inside the testicles and lack of oxygen being delivered to the testicular tissue.

Since the pampiniform venous plexus has so many small veins that cross each other and loop around the dick and balls (especially on the left side), it's certainly not that uncommon to have some of them develop varicoceles.

Research has shown that up to 20% of men will develop varicoceles at some point of their lives. This is a serious problem, since varicoceles can significantly lower the quality of a man's life and hormonal health. 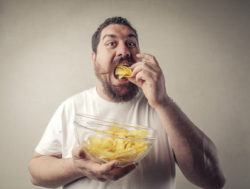 Since so many men get them, I think it's more than useful to actually know how they form.

Like with many other things in life, varicoceles are mostly the result of poor diet, obesity, too much sitting and inactivity.

But they can also be formed after damage to the testicular area, bacterial infection, or sudden strenuous burst of exercise.

Maintaining healthy vascular system thorough the body is one of the greatest ways of naturally preventing the formation of varicoceles.

Signs and Symptoms of Varicoceles

Varicoceles aren't always the same kind. They can block just one small vein or multiple of them, via plaque or vascular valve dysfunction. 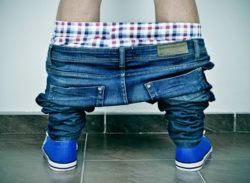 While varicoceles rarely completely block the blood draining, they often do it effectively enough to cause visual changes and physical pain in the testicular area.

But like said before, if the varicocele isn't bad enough to cause physical pain, it may go completely undetected (while still causing major harm for the reproductive system).

Common signs and symptoms of varicoceles:

In my opinion, the worst thing a varicocele can do, is disrupt testosterone production while going undetected (no pain). The resulting low testosterone levels can seriously reduce the quality of a man's life, and not knowing what causes it just adds up to the misery.

How to Fix, Cure, and Prevent Varicoceles

There are some burning questions many men with varicoceles have. 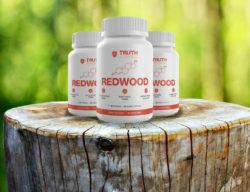 "Will the damage caused to the testicular Leydig cells and testosterone production be permanent?"

Luckily, the answer seems to be no. Many studies have shown that fixing varicoceles results in normalization of testosterone levels and fertility. This has been seen in humans and animals with both, surgical and natural ways of fixing varicoceles.

So what are the possible ways of curing varicoceles?

#1. Fix your diet - poor diet results in increased oxidative damage and inflammation within the vascular system, which causes damage and reduced elasticity of the vascular walls, increasing the risk of varicoceles. You can prevent and help fix varicoceles by eating a diet rich in antioxidants, reducing your intake of processed grains (which contribute to inflammation), and eliminating unstable polyunsaturated fatty acids (PUFA) from your diet (these are sometimes called "healthy fats" but really just cause increased oxidative damage due to their high turnover to harmful free fatty-acids).

#2. Stop sitting so much, be active - inactivity and sitting on a chair or sofa all day contribute not only to obesity, but also to increased oxidative damage, and bodily inflammation. These are all factors that contribute to the formation of varicoceles, but also make the existing ones worse! Exercising and being active not only reduces obesity and oxidative damage, but is also a fantastic way to improve overall circulation and over time can be used as a tool to prevent and even fix varicoceles.

#3. Scientifically-proven supplementation - the modern day market for dietary supplements is nothing short of shady, but still there are few key compounds that have been successfully used in trials to prevent and cure varicoceles and improve vascular functioning.

Escin - a compound found in horse chestnuts - has been shown to normalize vascular valve function and in some cases fix varicoceles.

Garlic + vitamin C combination has been used in one human study to dramatically increase circulation and reduce blood pressure via increasing nitric oxide (NO) production by up to 200%. NO is well known of relaxing the arteries which can significantly help in curing varicoceles naturally.

Gingko Biloba is a herb commonly used for glaucoma and varicose veins (these are similar to varicoceles but occur in other parts of the body, usually in lower limbs). Gingko has been shown to improve "microcirculation", aka. the blood flow of the small veins, the kind that gets tangled up and partially blocked when varicoceles are formed.

Biorutin - these antioxidant bioflavonoids are commonly used alongside with horse chestnut extract to prevent varicoceles and varicose veins. Biorutin nicely accompanies escin's vascular valve improvements by reducing the oxidative damage in arteries. Also, note that there's a comment in this article by a guy who used biorutins and horse chestnut extract to cure his varicocele naturally without the need of surgery.

#4. Surgery, the last line of defense - If all the above natural means fail to cure your varicoceles, there's also the option of opting for surgical varicocele removal. It's deemed relatively safe operation, but it's still a surgery within the testicular area which no man should be taking lightly. Does it work? In most cases, yes, but surgery is somewhat of a band-aid solution, as it doesn't fix the underlying cause of the varicocele, and men who get the surgery are still at increased risk of getting varicocele again. So even if you do get the surgery, you should still be following the natural tips above to prevent one from occurring again.