Losing weight – or more specifically – losing body fat, is one of the best ways to increase natural testosterone levels.

How dieting and testosterone levels are related:

a) To lose weight, one has to create a state of caloric deficit. This means that you must burn more calories than you consume, otherwise, it’s nearly impossible to cut down body fat.

b) When in a state of caloric deficit, the body is under stress. And when the body is stressed out, the adrenal cortex produces stress hormones (cortisol, epinephrine, adrenaline, etc).

When the content of those stress hormones rises in the bloodstream, levels of testosterone start to drop pretty much dose-dependently (study, study).

c) Furthermore, when you’re eating a caloric deficit, the production of thyroid hormones slows down (study, study). And once your thyroid hormones (T3 and T4) start to decline, testosterone levels will rapidly decline too.

Dieting and testosterone in a nutshell: Leaner men have significantly higher testosterone levels than their fatter peers, but as you can see from the pointers above, the actual process of losing weight and being on a caloric deficit to get to those low body fat levels, is quite hard on your male hormone levels (regardless, it’s still worth it).

NOTE: If you’re looking for a diet plan that will have you burning of slabs of body fat, without completely crushing your testosterone levels, and muscle mass in the process, take a look at the Eat Stop Eat program. It’s a simple protocol that is based on intermittent fasting and optimal macronutrient ratios so that you can lean down without going crazy, preserve your T, enjoy life, and not lose all your hard earned muscle mass in the process.

1. Make Sure to Eat Enough Dietary Fat and Cholesterol 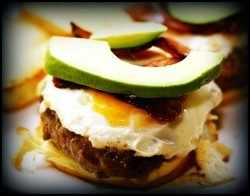 The biggest dieting and testosterone mistake that most guys make is that they avoid dietary fat and cholesterol.

Surely, fat is pretty dense in calories, but as a man, you should never ever consider a low-fat diet for losing weight…

…That’s because testosterone, the principal male hormone, and its production are highly dependent on fatty-acids and cholesterol.

Actually, the final process of testosterone synthesis is the part where your testicular Leydig cells convert cholesterol molecules into free testosterone.

As a rule of thumb, you should get at least 25-35% of your daily calories from dietary fat when cutting (and remember that not all fats are created equal).

2. Make sure to eat Enough Carbohydrates 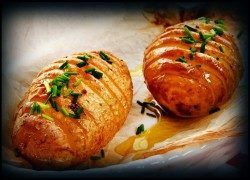 And surely, cutting out carbs is a way to lose weight, as long as you’re in a caloric deficit…

…But it’s definitely not the optimal way if you want to preserve muscle mass and testosterone.

Here’s a quick description of why carbohydrates are essential for testosterone production:

a) Men who eat a low-carb diet, have significantly higher cortisol levels when compared to men who eat normal-high carb diets (cortisol is the main stress hormone and it tends to lower testosterone production as mentioned above).

It’s not exactly sure why this happens, but one theory is, that the body has to synthesize glucose from non-carbohydrate sources (pyruvate, lactate, glycerol, and glucogenic amino acids) when there are no carbohydrates present.

The process of generating glucose from non-carbohydrate sources adds more stress to the body, and thus, would lead to increased stress hormone levels, and therefore also lower testosterone levels.

As glucose is mainly generated from carbohydrates, it’s quite obvious that low-carb diets also mean low blood glucose levels, which leads to the slower release of GnRH and therefore also lower testosterone.

Bottom line: Low-carb diet’s are not pro-testosterone, at least not in the long run. As a rule of thumb, try to get around 40-60% of your daily calories from starchy carbs when cutting. 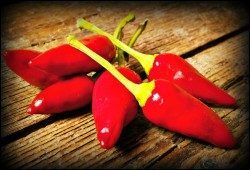 Capsaicin is an alkaloid found in all chili peppers.

It’s basically the compound that makes them hot, and it’s not hard to guess that the hotter the chili, the more capsaicin it contains.

But what has capsaicin to do with dieting and testosterone?

Answer: This is not the strongest of evidence, but in this rodent study, the researchers found out that capsaicin supplementation protected testosterone molecules and the testicular Leydig cells, from the oxidative stress caused by a caloric deficit.

Surely it would be nice to see if these effects hold any water in human studies, but as rodents and humans have quite similar reproductive systems, I would say that it’s not a bad idea to eat plenty of chili’s and/or supplement with capsaicin while on a diet.

4. Be Smart With Exercise

Without a doubt, the largest factor in weight loss is the diet. 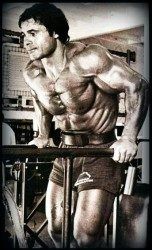 But you can often speed up your results with some exercise, simply because it burns off more calories.

So exercising is a good thing in terms of weight loss. However, if your goal is to preserve testosterone levels during the diet, then not all exercise is created equal.

a) As far as aerobic exercise goes, endurance-type of training is notorious for increasing cortisol levels (study, study). As your cortisol levels are already elevated from the caloric deficit, then jogging on a treadmill for hours on end is by far the worst way to exercise if you’re looking to preserve that big T.

Instead of endurance training, do something short and intense. Preferably HIIT (High Interval Intensity Training), wind sprints and so forth.

b) What about weight training then? Well, basically the same thing as in aerobic exercise, make it short and intense, using big weights and multi-joint movements, instead of wasting hours in the gym doing some ‘pump’ bullshit workouts. I personally prefer reverse pyramid training (RPT) while on a deficit.

We designed the THOR Testosterone Training Program around these principles to maximize the hormonal output from exercise and maintain high testosterone levels, even if you’re dieting.

5. Watch the Deficit and Take Breaks 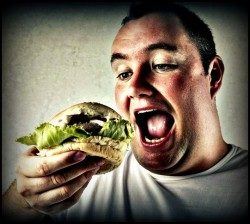 There are basically two ways to lose weight…

…The fast way, which means that you create a bigger deficit (usually 25-40% off of your maintenance calories), meaning that you’ll reach your weight loss goals faster.

However, when it comes to dieting and testosterone levels, the fast dieting method has more prominent negative effects that are associated with a calorie deficit, such as higher cortisol, lower testosterone, and lower thyroid hormones levels. Another downfall of fast dieting is that you’re also going to lose more muscle mass too. On the positive side, you don’t have to endure those negative effects for long as the process is ‘fast’.

Then there is the slow dieting way, where you create a smaller caloric deficit (usually 10-20% off of your maintenance calories), meaning that it’ll take a bit longer for you to reach your goals, but the negative effects of the caloric deficit are not that bad. The negative side of this is that you’ll have to endure those effects bit longer.

Either way is fine, both have their positives and negatives, and this is a matter of finding which way suits you. I personally prefer the fast way, and for the sake of testosterone, -25% is the maximum deficit that I’m personally ever using.

Also, no matter which of the ways you choose, slow or fast, it’s recommended that you take breaks from the diet once in a while to reset leptin and bump up the thyroid activity. 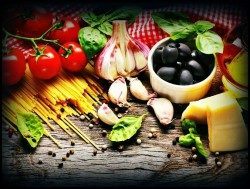 There are endless seas of bullshit information inside the fitness world…

…And without a doubt, the worst one, and the biggest lie ever is this claim:

No, you don’t, that’s the shittiest piece of advice ever, and here’s why:

a) There’s simply no evidence backing up the claim, none whatsoever. However, there’s a boatload of evidence showing that fewer bigger meals are as good – or even better – at boosting metabolic rate (just read this post with plenty of studies to see for yourself)

b) Every single time when you eat something, your testosterone levels will plummet. No matter if it’s only carbs, only protein, or only fat, or a mixture of them all. Whatever the case, testosterone drops with each meal (study, study, study, study). That occurrence is too complicated to explain in this post, but it likely has to do with two other hormones, insulin and leptin.

So why would you do that? When research also shows that eating fewer bigger meals (intermittent fasting) can boost testosterone sensitivity by roughly 180% on lean human subjects.

Conclusion on Dieting and Testosterone Levels

Men who are lean, have significantly higher testosterone levels than their fat peers. Meaning that yes, losing weight is a good idea. However the actual dieting and caloric deficit can be quite hard on testosterone production, and that’s why you should follow the pointers in this post to preserve your testosterone levels while cutting.

Those should get you covered.

NOTE: If you’re looking for a diet plan that will have you burning of slabs of body fat, without completely crushing your testosterone levels, and muscle mass in the process, take a look at the Eat Stop Eat program. It’s a simple protocol that is based on intermittent fasting and optimal macronutrient ratios so that you can lean down without going crazy, preserve your T, enjoy life, and not lose all your hard earned muscle mass in the process.