You might of have heard the fact that bacteria and probiotics are the essences of life, and that without them you’d most likely die.

But I bet that you didn’t know how effectively these ‘alien entities’ living inside your body control your bodily functions, along with your mind and even the way you think.

You are only 10% human. The other 90% of you is bacteria. Living organisms and other forms of life in cellular level that control your body.

It’s hard to understand just how much bacteria we actually host, but here are a few examples:

So hopefully now you understand how big of a deal the bacteria and probiotics actually are.

Here’s exactly how and why bacteria and probiotics can help us to boost our testosterone levels and to improve our overall health: 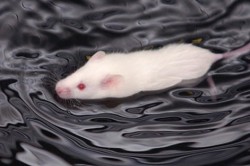 If you’re a frequent reader here, you’ll already know that cortisol is one of the worst enemies of testosterone.

It’s the stress hormone that destroys your testosterone molecules even before they leave your testis, and high levels of cortisol can wreck your whole body up pretty badly.

This was seen when a neuroscientist John Cryan of University College Cork in Ireland, conducted this test with mice.

The test group was fed with bacteria called Lactobacillus rhamnosus which is often used to make yogurt. The control group was fed regular mice feed.

After a few weeks had gone by, John threw all the mice in water bowls, to see how well those rodents would react to water stress.

The rodents who were in the control group freaked out because of the fact that they were thrown into the water, and tried to swim and furiously get out of the water. In other words, the whole control group was in sheer panic mode.

The mice in this control group struggled for four minutes on average in the water, before they gave up and accepted the fact that they would drown and die.

How about the test group who were fed Lactobacillus rhamnosus then?

When John threw the test group into similar bowls of water, the bacteria group didn’t freak out at all. Sure they did try to get out too, but they were far less frantic and they actually continued swimming way past the 4-minute mark.

Finally, at the 6-minute mark, John decided to pull the bacteria fed mice out of their bowls, as they refused to stop swimming.

At this point, most of you guys are probably thinking that the bacteria somehow increased the endurance capability of the rodents, but that’s not the case.

Cryan found out that the stress hormone levels in the control group were 100 fold higher than in the lactobacillus ramnosis group.

So in other words, the group who didn’t receive any bacteria in their feed, had 100 times more cortisol in their system than the mice who were fed with lactobacillus ramnosis.

Mr. Cryan then wanted to know why exactly did that happen. So he did something that PETA probably wouldn’t allow.

He did the experiment again, but this time he severed the Vagus nerve of the Lactobacillus rhamnosus group before throwing them into the water (Vagus nerve is a large nerve that runs from central nervous system to the brain).

This time the test group and the control group showed similar behavior. Both groups freaked out and stopped swimming at around the 4-minute mark.

What Cryan found out later in his studies, was that the bacteria fed to the test group did somehow send a signal through the Vagus nerve straight into the brain, which signaled the brain to release this compound called GABA, which allowed the test group to remain calm and serene during the moment of ultimate panic.

Based on the study above, we can conclude that the bacteria called Lactobacillus rhamnosus – which is used to make generic yogurt – is able to lower cortisol levels in mice when they’re in stressful environment.

Humans have similar pathways in our bodies than the mice did. We have the Vagus nerve that connects the central nervous system to the brain, and we have the GABA receptors in there. We also have extremely similar reproductive and hormone systems as mice do (which is by the way the reason why these studies are usually done in rodents).

In conclusion: there’s a change that the probiotics and lactobacillus ramnosis in particular, may have cortisol lowering effects in humans too. Therefore they could also boost our testosterone levels.

How Probiotics Can Give you Larger Testicles and More Testosterone 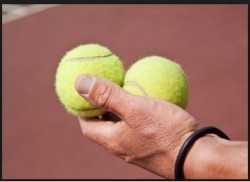 This is the thing that probably made you click open this whole article in the first place.

First, let me warn you that the study I’m about to present you here was also done in rats.

Also, let me remind you that we as humans share remarkably similar reproductive systems with male Wistar rats, so we should never see rat studies as ‘only rat studies’ because the results are usually similar in humans too.

Here’s why probiotics and bacteria may help you to get more testosterone and bigger balls:

This study which was published in the January of 2014, found out that rats fed with a bacterium called Lactobacillus reuteri experienced significantly larger testicles than the group of rats who didn’t receive the bacteria.

The researchers tested multiple different diets along with Lactobacillus reuteri and found out that in every single case, the addition of L.reuteri into the feed did the following:

In nutshell: No matter what the researches did, the group that was fed with Lactobacillus reuteri, always had higher testosterone levels and bigger balls than the control group. On one occasion they even fed the bacteria group a junk food diet, and still, the group had bigger balls and more testosterone.

The whole study is pretty huge and filled with interesting points, so if you want to take a look at the full journal, you can do so here.

NOTE: I know that this is a rat study and we’re not rats, but still we do share extremely similar endocrine/reproductive systems with the rats used in this study, which should give us some info that the effects should also be seen in humans too.

How to Get More Probiotics and Healthy Bacteria 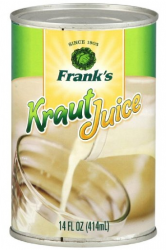 Most guys who read this article will probably think that they’ll be covered after supplementing with an expensive probiotic supplement or by eating some yogurt advertised on TV.

That’s far from the truth.

If you’re planning on getting a probiotic supplement, the bacteria in it should be alive. This means that the supplement should be refrigerated throughout its whole cycle from manufacturing to the point that you take it.

If that’s not the case then you’re probably buying dead bacterial cells that have absolutely no effects whatsoever.

So if you’re planning on supplementation. You should only get refrigerated bacteria that are still alive.

The reason why I’m not a fan of most conventional yogurts is the fact that they’re usually filled with sugar. So despite the fact that you can get some healthy gut bacteria and probiotics from those yogurts, you’re also getting hefty amounts of processed sugars that will counteract the bacteria.

So what’s the best option then?

Answer: Fermented and organic foods. These are filled with naturally occurring probiotics and bacteria, which are still alive, and which can still be used by your body and mind:

NOTE: Make sure that the product you’re getting is unpasteurized, as the pasteurization process destroys most of the bacteria completely.

This post ended up being much longer than I originally thought it would be, but I hope you get the point.

In a nutshell: you should get plenty of probiotics and bacteria from living sources, such as sauerkraut juice which is an extremely easy way to consume plenty of live bacteria daily. This will increase your overall health and testosterone production significantly. Many of the above are also foods that can boost testosterone, so consuming them ain’t a bad idea.