Sleep and Testosterone: 15% More T for Every Hour of Sleep

We don’t sleep enough. We’re so seduced by the modern day electronic marvels that instead of hitting the sack, we can do thousands of other things instead.

And unfortunately, that’s what usually happens. When the sun sets and your body is ready to shut down and recharge itself, your brain tells you that it’s OK to watch one more episode of Breaking Bad instead.

Sure you’ll be a bit more tired the next day but that’s about it, right?

Few Extra hours of sleep Can Double Your Testosterone

There are three major things that lay the foundation for your testosterone levels.

Most important of them all is sleep.

But why is it so important to maintain high testosterone levels in the first place?

Well, this is why:

Your testosterone levels follow a circadian rhythm. They peak in the morning and slowly plummet towards the evening.

And when you’re in the REM stages of your sleep, the endocrine system comes to life. Your brain starts sending signals down to your gonads, telling them to produce testosterone, preparing you for the day ahead.

But how much testosterone is actually secreted during the night? That’s where science might help us:

a) Take this study from Penev et al. for example. Where the researchers gathered up a group of healthy men to test their testosterone levels first thing in the morning when they had just woken up. They also gave these men a wristband that showed how long each guy had slept.

The results showed that the guys who had slept for 4 hours, had testosterone levels hovering around 200-300 ng/dl.

Compare that to the guys who slept for 8 hours, they had their levels at around 500-700 ng/dl.

The results showed that the more you sleep, the more testosterone your body produces. It’s just that simple. 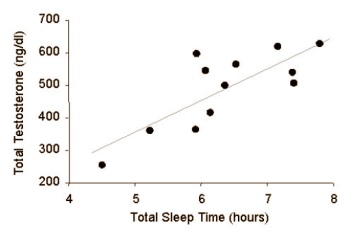 b) This study from Gov et al. found out similar results. They had 531 healthy men as test subjects, and they examined how the amount of sleep correlated with their testosterone level. 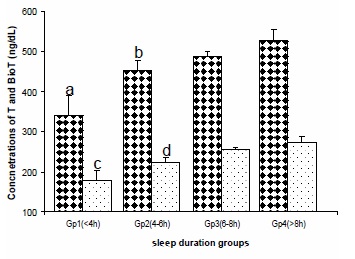 The researchers in both studies concluded that men with low T are probably put on hormone replacement therapies far too quickly, as just one night with lack of sleep can more than halve serum testosterone levels…

Aside from sleeping longer, you can also supercharge the nightly testosterone production by improving the quality of your sleep:

How to Improve Sleep Quality 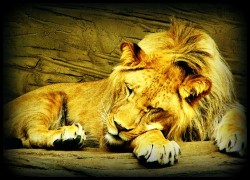 How many hours you sleep is completely up to you.

However, you can get more out of those hours by incorporating some simple sleep quality improving tips into your daily life.

But here’s a list of ways that will actually work:

The more you sleep, the more testosterone your body produces, it’s just as simple as that.

So that might just be the easiest of the ways to increase testosterone levels naturally.