I have written A LOT about increasing natural testosterone production, but I have never actually made any posts about lowering testosterone levels. I mean there are probably people out there who want to lower their T and feel like shit.

You know? The guys who are scared that they’ll become too manly or too aggressive or some other bullshit explanation for as to why high T would be a bad thing.

So what I have got you for today, is a list of 6 simple steps that will completely destroy your testosterone production. If you want to get low testosterone levels, please follow the steps in this list, and if you want to do the exact opposite – which I highly suggest – then consider this as a “how-not-to list”.

1. Sleep Less than 4 Hours per Night 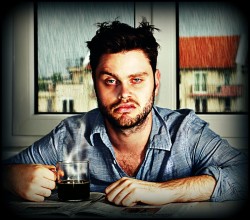 Lack of sleep is very important if you want to continuously suppress your natural testosterone production.

And it’s a quick way to do so too. You’ll see results in just days and your testosterone will plummet HARD, that’s a guarantee.

Just take a look at the science…

a) In this study Gov et al. had 531 healthy men as test subjects to see how sleep affects T production. They found out that the group of men who slept 4 hours per night, had 60% less testosterone in their serum than the fellows who slept for 8 hours per night.

So as you can see, just by sleeping less than 4 hours a night, you can easily halve your testosterone levels, and as an added bonus, you’ll feel like a zombie everyday! That’s just awesome, and hey, at least you don’t become too “aggressive” or masculine 😉 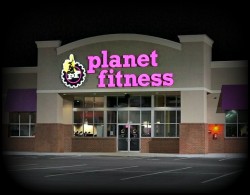 This is probably one of the best ways to destroy your natural testosterone production.

Hire yourself a personal trainer from your local gym, and tell him to craft you a healthy diet.

9 times out of 10 the result will be a “clean” low calorie diet with high protein, low carbs, and low fat.

Seems healthy right? Ain’t this what every health and fitness “guru” preaches about?

a) Being on a calorie deficit is well-known for its ability to lower testosterone levels (even though this is mandatory if you’re a fat-ass looking to lose weight).

If you want to say goodbye to the natural production of the most anabolic hormone of the human body, start eating like a fitness enthusiast. Listen to every little piece of info they have to tell you on bodybuilding forums, and by all means never look at the real science for answers.

3. Hit the Gym on a Daily Basis

Exercising is a good thing for testosterone production, especially if you follow a strength training routine that activates large amounts of muscle volume at the same time.

But exercise can also be your tool in lowering testosterone.

To suppress your testosterone with training, you have to do lots of it. So much that your stress hormone (cortisol) levels rise a lot.

Once your cortisol goes up, testosterone goes down. Simply because High T and chronically high cortisol can’t co-exist.

Hit the gym hard everyday and you will skyrocket your cortisol, which again, destroys your testosterone.

Oh, and in case you’re not that much into gyms, you can also start training for marathon runs. Hours of endurance training every day will sap off your testosterone production too. Maybe do them both? While also eating like a fitness enthusiast. I can guarantee that you won’t have any testosterone molecules in your serum to even measure soon. 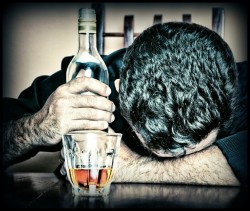 Alcohol and the endocrine system is not exactly a match made in heaven.

But there’s one kind of alcohol that I would say is the worst offender, or if you want to destroy your testosterone levels: “your best pal”.

…The first one is 8-Prenylnaringenin, an extremely potent phytoestrogen. 8-PN is so estrogenic in fact, that the women who pick it up by hand, experience menstrual problems…

…The second offender is a compound called xanthohumol, which directly blocks testosterone production inside the testes.

NOTE: Low amounts of alcohol, such as glass or two of wine or liquor, won’t damage your testosterone production. In fact small doses of liquor taken post-workout can actually increase free-testosterone levels.

So if you want to suppress your testosterone production, hit the bar.

Let’s say that you want to start protecting animals and at the same time would also like to suppress your testosterone levels.

What would be the best thing to do?

Think of Muhammad Ali punching you directly into the ballsack. Multiple times. Everyday.

That’s what being fat does to your testosterone production.

Being fat is like a testicular nuclear bomb. It saps away the life from your gonads. And it also neutralizes the testosterone that eventually reaches your bloodstream.

As if that wasn’t enough, belly fat also neutralizes the conversion from testosterone to DHT (more potent male hormone).

Remember, it’s not the weight on the scale that matters, it’s the fat. Adipose tissue. Lard, or whatever you may call it. If you want to have low T, simply increase your fat percentage.

I’m sure most of you guys already understood that this is a post of things to avoid.
In no way, shape, or form should you do any of these thing if you want to remain healthy, active, and awesome.

However, if you truly want to lower your testosterone levels, go ahead and follow these 6 tricks.

Want to Increase your Natural Testosterone Production? This Course Teaches You Everything there is to Know about Boosting T-Levels Naturally.
[thrive_leads id=’23621′]